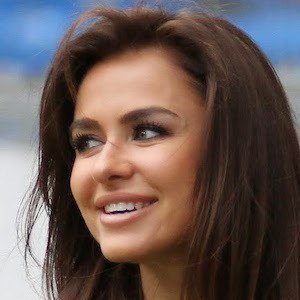 Polish glamour model primarily known for her appearances in publications like Maxim and Playboy. She has become a force to behold on social media with more than 1.3 million followers just on Instagram.

Her career began in 2003 when she began competing in beauty pageants like Miss Lower Silesia. She gradually went on to earn titles in pageant competitions around the world.

Hailed as Miss Euro of 2012, she gained significant attention for her appearance at the European Championships for soccer in 2012.

In 2012, she married Mariusz Raduszewski.

Both she and Joanna Krupa are insanely popular models from Poland.

Natalia Siwiec Is A Member Of