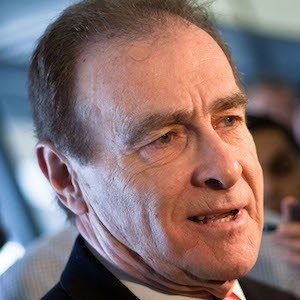 Canadian politician best known as a city councilor and Deputy Mayor for Toronto, Ontario. He is also a trained history and contributed to the Canadian history books The National Dream and The Last Spike.

He was awarded the Governor General's Award for The National Dream which later was adapted into an award-winning documentary for the CBC.

His wife's name is Charlotte and together they had two children.

After Mayor Rob Ford entered drug rehabilitation in May 2014, Kelly took over his position until Ford returned to office three months later.

Norm Kelly Is A Member Of