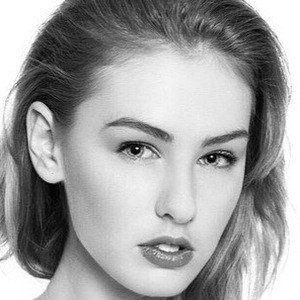 Freelance model and actress who gained fame on the web for being a doppelganger of pop superstar Taylor Swift. She has frequently used the hashtag #NoItsLiv' to differentiate herself. She has more than 20,000 followers on Instagram.

She worked as a cashier at Target.

She had the opportunity to earn $1 million a year as a paid Taylor Swift impersonator, but elected not to pursue the gig out of respect for the singing sensation, and as a fan of Taylor herself.

She was born in Bowral, New South Wales, Australia. Her mother passed away from uterine cancer.

She and Flamur Ukshini both gained Instagram followings thanks to their striking resemblances to pop stars Taylor Swift and Zayn Malik, respectively.

Olivia Sturgiss Is A Member Of