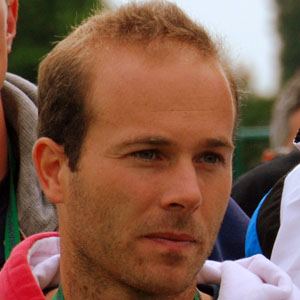 Belgian tennis player who turned pro in 1999. He had earned two ATP career singles titles and two doubles titles by 2013.

He began playing tennis at age six alongside his older brother.

His childhood ambition was to be tall.

Roger Federer was his doubles partner in 1998 on the junior circuit at Wimbledon.

Olivier Rochus Is A Member Of