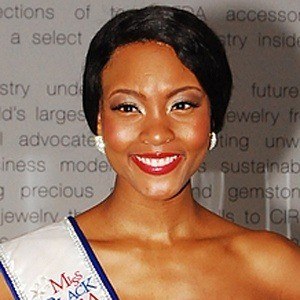 Television personality first known for winning the 2010 Miss Black USA Pageant. She then went on to host Maltina Dance All and star in the television series Tinsel.

She earned a degree in broadcast journalism from Pennsylvania State University and followed with a master's in fine arts from Pace University.

In 2015, she played Cassandra in Gbomo Gbomo Express. The role would later earn her a Nigeria Entertainment Award.

She married Nigerian actor Gbenro Ajibade in 2015 and the pair later had a daughter.

In 2008, she had a small role in the film Cadillac Records which starred Jeffrey Wright and Adrien Brody.

Osas Ighodaro Is A Member Of