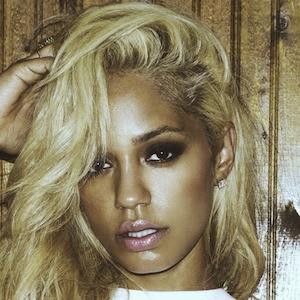 Independent artist whose first major gig was as a backing vocalist for Macy Gray on her album BIG. She has a large social media following on YouTube and Instagram.

She performed in talent competitions as a solo artist and in a choir or ensemble.

She has performed and recorded with Sleepy Brown.

She was born in Long Beach, California. She previously dated Nick Young in 2016.

She worked with producer Rico Love and signed with his production company Division 1 before becoming an independent artist again.

Paloma Ford Is A Member Of