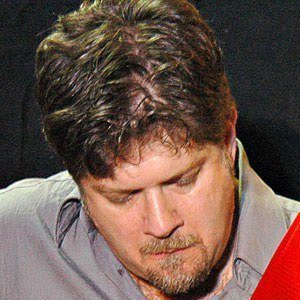 Session guitarist, harmonica player, and songwriter who has worked with artists like Lyle Lovett and Suzy Bogguss.

His first musical instrument of choice was drums. He attended the University of Illinois in Urbana for music.

He has released three solo albums and has toured worldwide as the guitarist for Madeline Peyroux.

He was formerly married to singer Alison Krauss.

He has worked with Chet Atkins, who Bergeson considers a mentor.

Pat Bergeson Is A Member Of