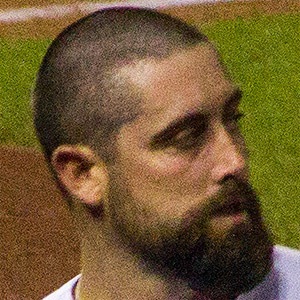 MLB pitcher best known as a member of teams like the Minnesota Twins and St. Louis Cardinals. He received his first All-Star selection in 2014.

He set a Butler University record for most strikeouts in a single game with 18.

He is well-known among baseball fans for his unorthodox, side-arm pitching motion.

He has a son named Hoyt with Stephanee Neshek.

He served as the setup man to Cardinals closer Trevor Rosenthal during the 2014 season.

Pat Neshek Is A Member Of