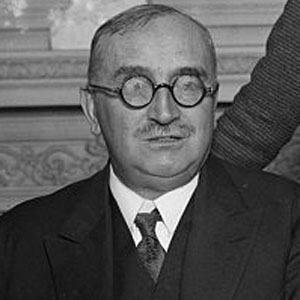 French poet, playwright, and diplomat known for such long, free-verse plays as Le Partage de Midi. He became a member of the prestigious Academie Francaise in 1946.

He converted to Catholicism at the age of eighteen and considered entering a monastery; instead, he joined the French Diplomatic Corps.

He sparked a controversy by committing his artist sister, Camille Claudel, to a mental institution for the final thirty years of her life. Sadly, she may not have been psychologically disturbed enough to justify such measures.

He was influenced by the work of Symbolist poet Arthur Rimbaud.

Paul Claudel Is A Member Of