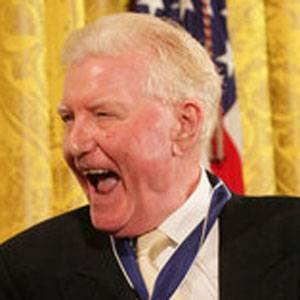 British journalist, author, and historian who edited the New Statesman and penned over forty works, including the 1959 novel, Left of Centre, and the 1997 non-fiction work, A History of the American People. He also wrote four works on art and architecture and two memoirs.

He served in the King's Royal Rifle Corps and the Royal Army Educational Corps after graduating from Oxford. In 1971, he published an anthology called Statesmen and Nations.

He was awarded the Presidential Medal of Freedom in 2006.

He married Marigold Hunt in 1957. The couple later had two sons, Daniel and Luke.

He defended President Richard Nixon during the infamous Watergate Scandal.

Paul Johnson Is A Member Of