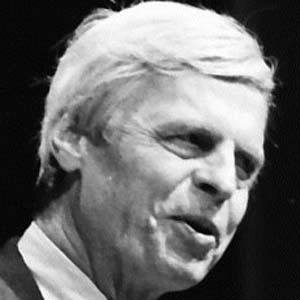 An American journalist and sports writer, he is best known for works such as Paper Lion (1966) and Out of My League (1961). Outside of sports writing, he co-founded the respected literary publication, The Paris Review.

He was an amateur athlete. Also a participatory journalist, he often wrote about his experiences, which included playing quarterback in a pre-season NFL game; pitching to several all-stars prior to a 1959 All-Star baseball game; performing as a trapeze artist for the Clyde Beatty-Cole Brothers Circus, and fighting boxers Archie and Sugar Ray Robinson.

He once played with the New York Philharmonic Orchestra.

He married his second wife, Sarah Whitehead Dudley, in 1991. Previously, he had been married to Freddy Medora Espy.

He played a small role in the Matt Damon movie Good Will Hunting.

George Plimpton Is A Member Of