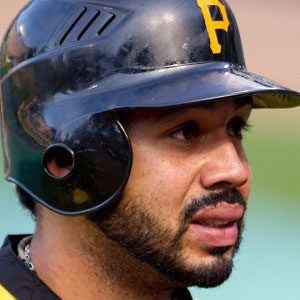 Slugging Dominican third baseman who hit 36 home runs in his 2013 breakout season with the Pittsburgh Pirates.

He participated in the 2013 Home Run Derby in his first All-Star Campaign for the Pirates.

He was born in the Dominican Republic and raised in New York. He married Keli Elizabeth Murphy in 2011.

He and his Pirates teammate Andrew McCutchen each made the 2013 National League All-Star team.

Pedro Álvarez Is A Member Of