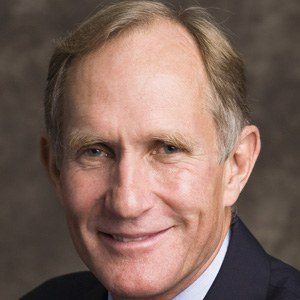 Nobel Prize-winning chemist who was elected president of the American Association for the Advancement of Science in 2009. He briefly considered running for a seat in the US Senate in 2007.

He received his BA from Augsburg College and MD from Johns Hopkins University.

He helped found the Scientist and Engineers of America group and he received the 2003 Nobel Prize in Chemistry for his discovery of aquaporins.

He was a featured guest on Stephen Colbert's The Colbert Report.

Peter Agre Is A Member Of