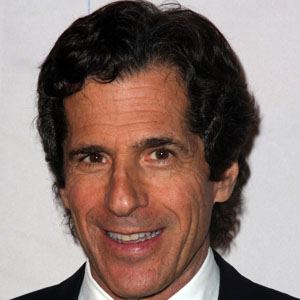 Best known as the co-founder of the Hard Rock Café restaurant chain, this Illinois-born entrepreneur donated some of his fortune to the University of California, Los Angeles. The UCLA Medical Plaza subsequently became the Peter Morton Medical Building.

He earned a degree in restaurant and hotel management from the University of Denver. He opened his first Hard Rock Cafe in London, England, in the early 1970s.

In the early 2000s, after selling the one branch of the Hard Rock Cafe that he still owned (the Hard Rock Hotel & Casino in Las Vegas, Nevada), he opened a popular Los Angeles restaurant called Morton's.

His father, Arnie Morton, founded the Morton's Steakhouse restaurant chain. Peter Morton's first marriage, to model Paulene Stone, resulted in a son named Harry (who went on to found the Pink Taco chain), and his second marriage, to Tarlton Pauley, produced a son (Matthew) and a daughter (Grace).

Peter Morton Is A Member Of