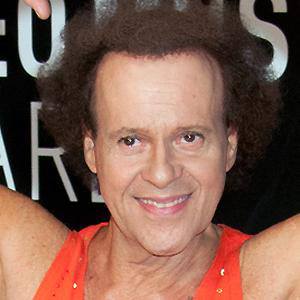 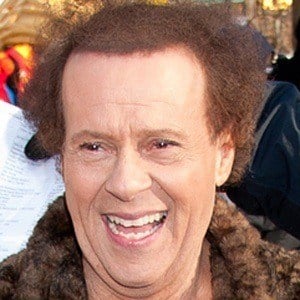 Boisterous fitness guru who dedicated his business ventures to helping people lose weight, primarily through his Sweatin' to the Oldies videos.

He worked as a salesman, waiter, and advertiser. His weight-loss career began when he opened a Beverly Hills gym called Slimmons.

His trademark outfit was bedazzled tank tops and Dolphin shorts. He supported non-competitive physical education in public schools through the No Child Left Behind reform bill.

He lived with three Dalmatians and two maids in his Beverly Hills mansion. He never discussed his sexual orientation, although the press loved to speculate about it.

He was often interviewed and parodied by David Letterman, whom he would later call standoffish.

Richard Simmons Is A Member Of