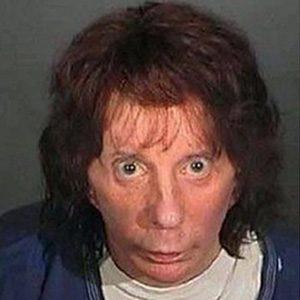 Invented the Wall of Sound method of production that was especially prevalent in 1960s music. He was sentenced to 19 years in prison for second-degree murder.

He won his high school talent show with his version of Rock Island Line, the popular blues/folk song from 1934.

He was a major producer for many years until he was incarcerated in 2009 for the 2003 shooting of Lana Clarkson at his home.

He married Ronnie Spector on April 14, 1968, and after their divorce in 1974, he remarried Rachelle Marie Spector on September 1, 2006. He had a total of five children.

He worked with legends like Tina Turner, Connie Francis, and John Lennon.

Phil Spector Is A Member Of