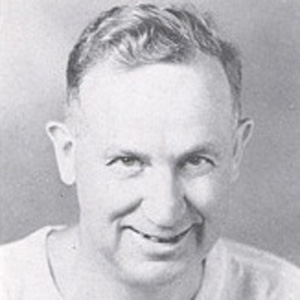 NFL coach during the league's fledgling infantile years. He coached a number of teams both collegiately and professionally including the Kansas Jayhawks and Detroit Lions.

He was an All-State College Quarterback in 1912 and led his team to a perfect season.

He was offered a $1,400 salary, the highest ever given to a coach by the University of Kansas at the time.

He came from a large family, with four brothers and three sisters.

He was the first coach of the Detroit Lions, and Steve Mariucci eventually continued his coaching tradition.

Potsy Clark Is A Member Of