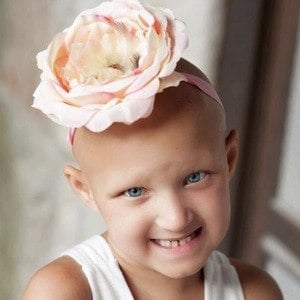 Instagram star whose page follows her battle with fanconi anemia, a rare hereditary disease that affects the bone marrow and decreased production of blood cells. Her joyous photos and inspiration attitude have garnered her 100,000 followers.

Her first Instagram post was on June 10, 2015, and was a photo of her at a restaurant. The caption read "All smiles!"

In 2015 Taylor Swift brought her on stage for one of her concerts.

She has a younger brother, Dalton, and a younger sister,

Prayers for Emma Is A Member Of