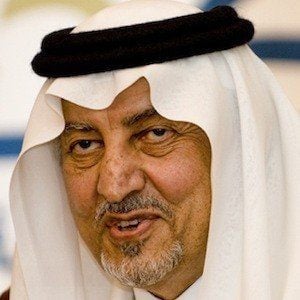 Saudi minister of education, member of the House of Saud, and the former governor of the Makkah Province. He has also worked as the managing director of the King Faisal Foundation, one of the largest charitable organizations in the world.

He went to Model school in Taif in 1948 to earn secondary education and went on to graduate with a bachelor of arts degree in political economy from the University of Oxford in 1966.

As governor of the Asir Province, he introduced a degree of modernity and prosperity to the region.

He has been good friends with Prince Charles.

Prince Khalid bin Faisal Al Saud Is A Member Of