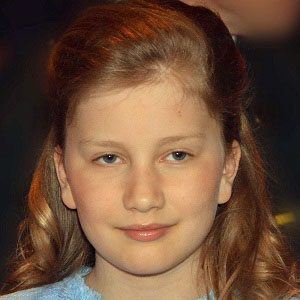 The first-born child of King Philippe and Queen Mathilde of Belgium, Princess Elisabeth Therese Marie Helene, Duchess of Brabant became first in the Belgian line of succession upon her father's ascent to the throne in 2013.

She was born shortly before 10:00 pm at Belgium's Hopital Erasme to the then-Duke and Duchess of Brabant. Her baptism occurred on December 9, 2001 at Ciergnon Castle.

During her early years, she was educated at Brussels' Sint-Jan Berchmanscollege, where her classes were conducted in Dutch.

She grew up with younger siblings named Prince Gabriel (born 2003), Prince Emmanuel (born 2005), and Princess Eleonore (born 2008). She and her siblings are the grandchildren of King Albert II of Belgium.

Though her younger brother Prince Gabriel of Belgium is the oldest son born to the Belgian king, Elisabeth is guaranteed succession to the throne under Belgium's 1991 absolute primogeniture ruling.

Princess Elisabeth Is A Member Of