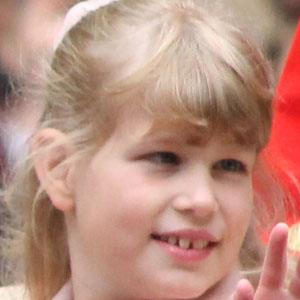 Youngest granddaughter of Queen Elizabeth II and tenth in the line of succession for the throne. She was the youngest member of the royal family to be in attendance at her grandmother's 60th coronation anniversary celebration.

She was born by emergency C-section due to placental abruption.

The first ten positions in the order of succession remained unchanged for over 13 years until her birth in 2003.

She was one of the bridesmaids at Prince William's wedding to Kate Middleton.

Louise Windsor Is A Member Of