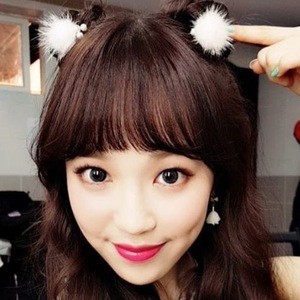 South Korean pop singer who rose to stardom as a member of the all girl group April as both the lead dancer and singer.

She was introduced as a member of April in November 2016.

In early 2017 she was selected to emcee the television program Operation to Rescue the Song.

She is originally from South Korea but spent several years living in Portland, Oregon.

Both she and Kim Chaewon performed with the K-pop group April.

Rachel April Is A Member Of