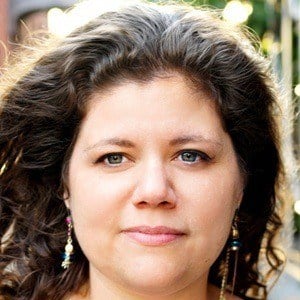 Young adult and adult contemporary novelist whose 2013 works Eleanor & Park and Fangirl were both met with critical acclaim.

From 1995 to 2012, she was a columnist and ad copywriter at the Omaha World-Herald. She then began working for an ad agency whilst writing her first published book, Attachments.

Other titles of hers include Landline, My True Love Gave to Me and Carry On.

She and her husband have two children.

She earned acclaim as a young adult author from Goodreads like Veronica Roth.

Rainbow Rowell Is A Member Of