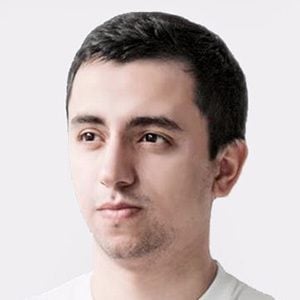 German graphic designer, art director, and designer who is known for his simplistic logo creations which he shares through Instagram for his over 420,000 followers. He specializes in branding, social media design, and visual communication and has worked for several major clients including Universal, Adobe, Google, and Samsung.

He started sharing his design work through Instagram in May of 2014.

His work has also been featured in several press outlets including The Guardian, Metal Magazine, Glamour, and Novum.

He was born and raised in Berlin, Germany.

Other graphic designers also from Germany include Swantje Hinrichsen and Antoni Tudisco.

Ramin Nasibov Is A Member Of