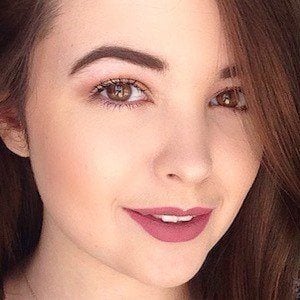 YouTube literary personality who is widely known for her eponymous channel's content. She has gained popularity for her book reviews, haul unboxings, and tags.

She has amassed more than 40,000 subscribers to her YouTube channel. One of her most popular videos there, "Christmas Book Haul (40+ books)," has earned more than 50,000 views.

She featured her mother in her March 5, 2016 video "Bachelor Book Tag Feat. MY MOM!"

She and fellow YouTuber Regan Perusse are both known for their frequent YouTube book reviews.

Riley Marie Is A Member Of