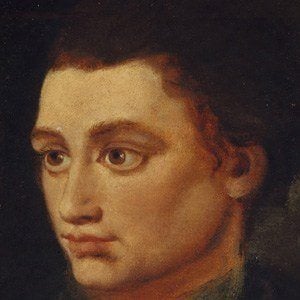 Scots-language and English-language poet of the Scottish Enlightenment era. His poems include "Leith Races" and "The Farmer's Ingle."

He studied at the University of St. Andrews and led a bohemian existence in Edinburgh.

He was committed to an Edinburgh asylum after sustaining a head injury. Tragically, he died there just weeks after his twenty-fourth birthday.

He was one of three surviving children born to Elizabeth Forbes and copyist William Fergusson.

His work inspired the literary career of poet Robert Burns.

Robert Fergusson Is A Member Of