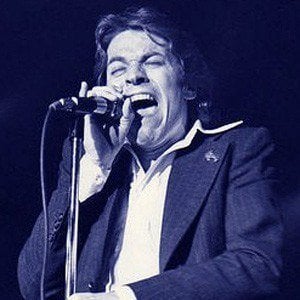 Singer-songwriter who recorded "Addicted to Love" in 1986 and who has won multiple Grammy Awards for his music and videos.

He was heavily inspired by the music played on the American Forces Radio.

He was famous for combining soul, rock, jazz, pop, reggae, and blues to make his own eclectic music style.

His hit "Addicted to Love" was covered by Tina Turner during many of her shows.

Robert Palmer Is A Member Of