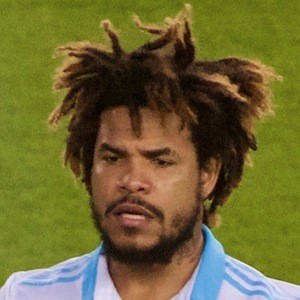 Panamanian professional soccer player who rose to fame as a defender for the Seattle Sounders Football Club of Major League Soccer. He made his debut with the team in August 2015.

His career as a professional soccer player began in January 2006.

He scored the Cup-winning penalty shot in the 2016 MLS Championship Game.

He is originally from Panama City, Panama.

He and Clint Dempsey both played for the Seattle Sounders FC.

Román Torres Is A Member Of