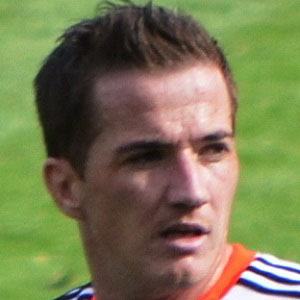 Scottish striker who joined Melbourne City on loan in 2017. He joined Leeds United in 2010 after spending two seasons with Cardiff City; he then played for Fulham from 2014 until 2016 when he joined Aston Villa. He became a member of the Scottish national team in 2008.

He made his professional soccer debut in 2003 with the Scottish Premier League club Rangers FC.

He played for the Scotland U21 team and Scotland B team before joining the senior team in 2008.

He had a son named Layton with Courtney St John, whom he married in 2016.

He was joined by Rodolph Austin on Leeds United in 2012.

Ross McCormack Is A Member Of