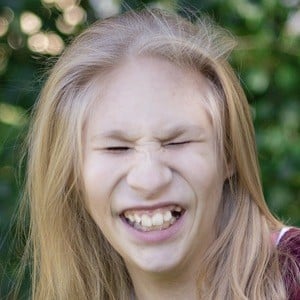 Instagram star who gained attention after her mother Angela Ardolf posted one of their Q and A session to the platform, which gained over 20,000 views overnight. She shares both an Instagram and YouTube channel with her mother called Angie and Ruby.

Her mother used the support they found on Instagram to raise $15,000 on GoFundMe in under a week for a future support dog.

Her mother has a boyfriend with two sons whom she gets along with very well. She also has a dog named Charlie.

She shares a birthday with fellow Instagram star Salice Rose.

Ruby Ardolf Is A Member Of