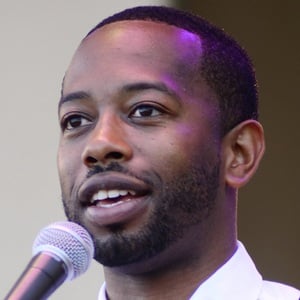 American poet who is recognized for having been the 2009 National Underground Poetry Slam Champion. He is also known for having received an NAACP Image Award nomination.

He received a bachelor's degree in psychology and continued his education in organizational studies.

In 2017 he performed at the interdisciplinary art event Plus Fest.

He has had the opportunity to share the stage with pop music singer Jordin Sparks.

Rudy Francisco Is A Member Of