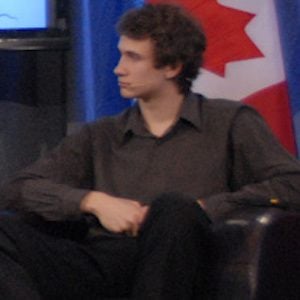 Canadian public figure who began raising money at the age of six for victims affected by the global water crisis. He has raised millions of dollars for the water projects in Africa made an African pen pal after a trip to Uganda.

He graduated from St. Michael's Catholic High School in Kemptville, Ontario, Canada in 2009.

He has played basketball for the University of King's College in Halifax, Nova Scotia.

His parents are Susan and Mark Hreljac, and he has three brothers.

Like Blake Mycoskie, he has helped raise funds for children in Africa.

Ryan Hreljac Is A Member Of