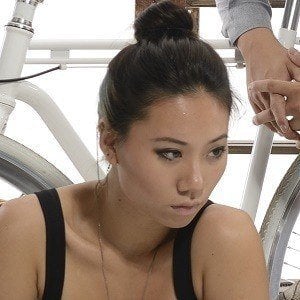 Singaporean pop singer and multi-instrumentalist best known as a member of folk band The Sam Willows. She is also the founder and creative director of the online art collective RileyArt, and a self-proclaimed DIY-ist.

She was with a group called Fantastic 4 Crew when it first expanded from the original 4. She previously worked a day job in advertising.

She was already playing the drums when she was 12 years old and would later play other instruments such as the piano, guitar and ukulele. She is most comfortable with the piano.

She was raised in Singapore with sisters.

She came together with Narelle Kheng and the rest of The Sam Willows in May of 2012 to form the group.

Sandra Riley Tang Is A Member Of