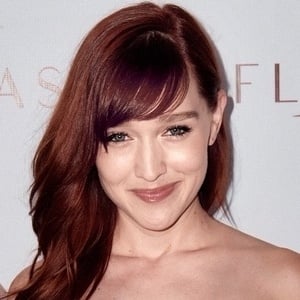 Film and television actress known for roles in the movies Bloomington, Spanners and Chastity Bites. She landed a recurring role in Switched at Birth as Tess Ritter in 2015.

Before her 2010 role in Bloomington, she was featured in the show Slacker P.I.

She has been a guest star on shows such as Criminal Minds, Bones, Betas, The New Normal and Workaholics.

She was born in Sarah Rebecca Stouffer in Contra Costa County, California.

She starred alongside Allison McAtee in the movie Bloomington.

Sarah Stouffer Is A Member Of