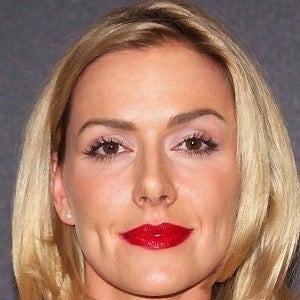 Actress and fashion model who gained fame for her roles in the 2010 film, Bloomington and Elevator Girl. She also appeared in the 2013 film 5 Souls.

She attended Carnegie Mellon University and earned a BA in Theater Arts from the University of Pittsburgh.

She has appeared as a guest star on The Mentalist, CSI: Miami, Castle, CSI: NY, and Ugly Betty.

She was raised in Edinboro, Pennsylvania.

She played a role in the 2008 film, Iron Man, which starred Robert Downey Jr.

Allison McAtee Is A Member Of