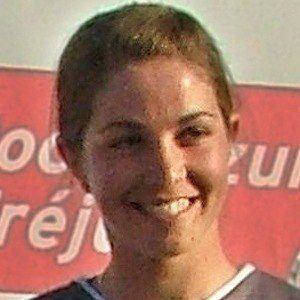 BMX rider who represented New Zealand at the 2008 and 2012 Olympic Games. After finishing fourth in 2008, she won silver in 2012. She's held the number one world ranking at various points in her career.

She started racing when she was 10 years old and had a podium finish in every World Championship from 2003 to 2008.

She finally won a World Championship in 2009, when she won both the Women's BMX and Women's Cruiser categories. She'd reached her first number one world ranking the year before.

She has a brother named Matt, who inspired her to start riding.

Sarah Walker Is A Member Of