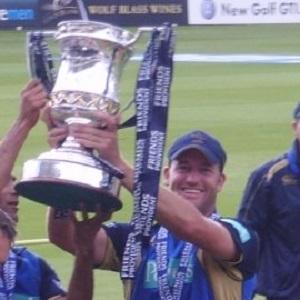 All-rounder who made his test debut for Zimbabwe in a 2003 match against England.

He began his cricketing career in 2001 for CFX Academy.

In 2004 he was engaged in a dispute with the Zimbabwe Cricket Union, which led him to take his skills to England and Australia.

He has played for Hampshire, where he was teammates with Danny Briggs.

Sean Ervine Is A Member Of