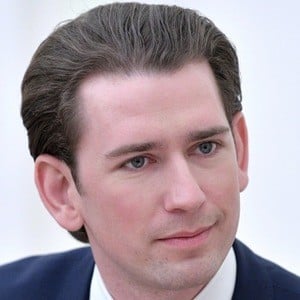 Austrian politician who served as the 25th and current Chancellor of Austria since 18 December 2017, as well as Chairman of the Austrian People's Party (ÖVP) since May 15th, 2017. From 2014 to 2017 he was Minister of Europe, Integration and Foreign Affairs.

He studied law at the University of Vienna before leaving to pursue his political career.

He became the youngest Chancellor in Austrian history after his election in 2017.

His parents are Josef and Elisabeth Kurz who were an engineer and a teacher respectively.

He's met with various foreign dignitaries including John Kerry of the United States and Hassan Rouhani of Iran.

Sebastian Kurz Is A Member Of