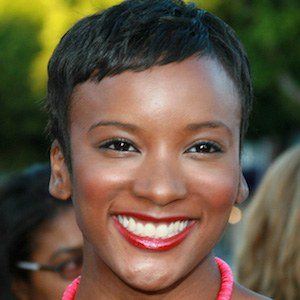 African-American Playboy model turned author who runs her own dating column Serria Says. She first became known as Playmate of the Month in November 2002 and has appeared in numerous Playboy videos and such TV shows as CSI: Miami and Everybody Hates Chris.

She received a BA in finance from Bradley University. She moved to Los Angeles to pursue a career in acting.

She published a book titled The Bunny Book: How To Walk, Talk, Tease and Please Like a Playboy Bunny.

She appeared alongside Terry Crews on Everybody Hates Chris.

Serria Tawan Is A Member Of