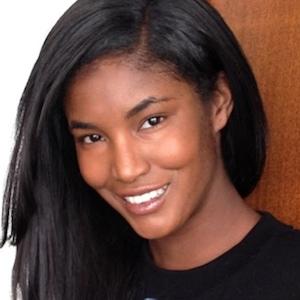 Model and one of the four women to grace the "All-Black" issue of American Vogue.

She signed with IMG models when she was a teen and began booking jobs almost immediately.

She once appeared on popular wedding show Say Yes to the Dress: Big Bliss, when her sister was getting married.

She grew up with two siblings: Kristian Lorén, a designer, and Latoya Mendez, a medical professional.

She, along with Naomi Campbell and two other African-American models, appeared on four different Vogue covers, all labeled the "All-Black" issue.

Sessilee Lopez Is A Member Of