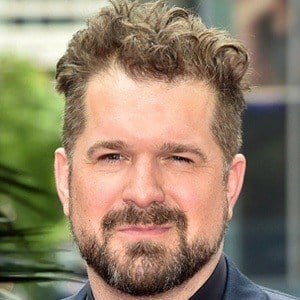 Writer, producer, and director whose most notable films include Horrible Bosses, Identity Thief, and Baywatch. He also directed The King of Kong: A Fistful of Quarters and Four Christmases.

He studied architecture at Yale until 1997, when he left for Shimanyiro, Kenya to teach high school for 6 months.

He was a producer on the 2011 documentary Undefeated, which won an Oscar in 2012. He was also an executive producer for the Adam Sandler vehicle Pixels, as well as for the television shows The Goldbergs, Sneaky Pete, and Marry Me.

He was born and raised in Evanston, Illinois.

He directed Jason Bateman in both Horrible Bosses and Identity Thief.

Seth Gordon Is A Member Of