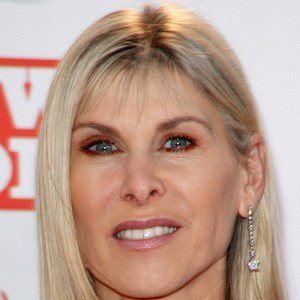 British medley and freestyle swimmer who won the 400 m silver for Great Britain at the 1980 Moscow games.

She made her Olympic debut in Montreal at the age of 13.

She gained reality fame as a competitor on the 2010 season of ITV's Dancing on Ice.

She married her husband, Tony Kingston, in 2002; she had two children from her second marriage to Derek Redmond.

She was a series regular on the UK's Gladiators, which was hosted by Ulrika Jonsson.

Sharron Davies Is A Member Of