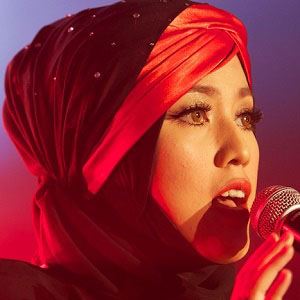 She released her album, Bebaskan (Be Free) in 2009 at the age of nineteen, after signing with Monkey Bone Records in 2005.

She was nominated in 2013 for the Nickelodeon Kids' Choice Awards.

Her father produced her first musical album when she was still a child. She has a younger sister, NurSyuhada, who is also a singer under the stage name Syada Amzah.

She performed a song by Adele at the Asian Wave competition.

Shila Amzah Is A Member Of