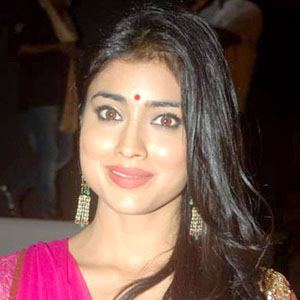 Indian actress best known for starring in the Tamil blockbuster Sivaji. She has also appeared in several Bollywood films, including Awarapan and Chandra.

She graduated with a degree in literature from Lady Shri Ram College in Delhi.

In 2005, she was nominated for a Filmfare Award for Best Actress for her portrayal of Neelu in the Telugu film Chatrapathi.

She has an older brother named Abhiroop.

She starred opposite Jesse Metcalfe in the American-Indian film The Other End of the Line.

Shriya Saran Is A Member Of