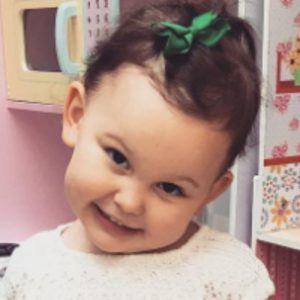 Daughter of Jonathan and Anna Saccone-Joly, the parents who run the popular family YouTube channel SACCONEJOLYs.

She weighed 7 lbs and 3 oz at birth and was first introduced in the video "Lives Changed Forever."

Her family's channel has grossed over 1.6 million subscribers since its inception. She was featured in a birthday vlog for her 9th birthday in which she attends her own pool party.

She has a brother named Andrea and two sisters named Edie and Alessia. In 2014, her family moved from Ireland to England.

Her family is good friends with, and often appears in videos with, Zoe Sugg and Alfie Deyes, who live near them in Brighton.

Emilia Saccone-Joly Is A Member Of