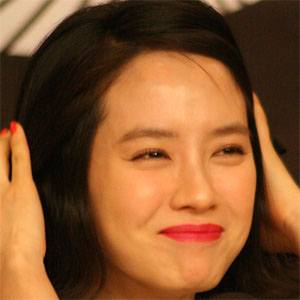 South Korean screen actress who appeared in such television series as Princess Hours and Jumong and in such films as Jackal is Coming and A Frozen Flower. In 2010, she became a cast member on the hit variety show Running Man.

She was inspired to become an actress after watching Park Shin-yang's performance in a 1998 South Korean film entitled Promise.

She studied accounting at Kookje College and Kyung Moon University.

She and her two younger siblings grew up in the city of Pohang in the North Gyeongsang Province of South Korea.

She co-starred with Yoon Eun-hye on Princess Hours.

Song Ji-hyo Is A Member Of