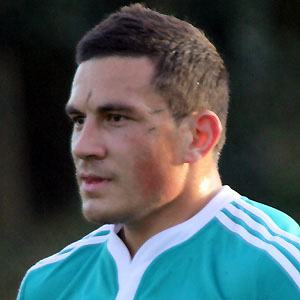 New Zealand-born rugby footballer and heavyweight boxer. He spent his rugby career with a number of different teams, competing both in rugby league and rugby union.

He became a successful boxer and won his first six heavyweight bouts.

He was born in 1985 to parents John and Lee. He has a sister named Niall and a brother named John Arthur.

He played at Mount Albert Grammar School in his youth, the same school attended by Albert Nikoro.

Sonny Bill Williams Is A Member Of