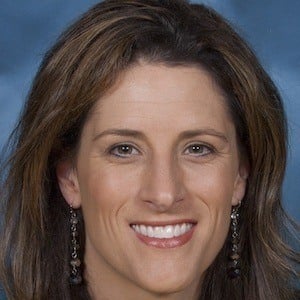 WNBA player from 1999-2004 for the Charlotte Sting and Indiana Fever.

She played college basketball at Purdue University, where in 1999 she was the National Player of the Year, and led Purdue to the NCAA National Championship.

Following her playing career she began coaching, and made her WNBA sideline debut in 2007 as an assistant coach with the Chicago Sky.

She has three children with Michelle Fletcher.

In 2012 she won the WNBA Finals as an assistant coach for the Tamika Catchings and the Indiana Fever.

Stephanie White Is A Member Of