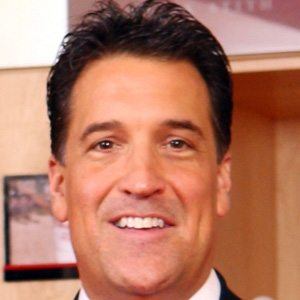 Basketball coach who led the UCLA Bruins to a 145–78 record and five Sweet 16 appearances in six years.

He was called 'The Big Cheese' while in grammar school for being the class jokester.

After UCLA, he became an ESPN commentator and then a head coach at St. Johns University in New York.

He married Mary Ann Jarou in August of 2007 in Capri, Italy.

He recruited Baron Davis, among other stars, while coaching at UCLA.

Steve Lavin Is A Member Of