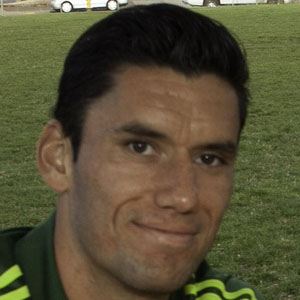 American-born Salvadoran defender who began his MLS career with FC Dallas in 2009. He spent three years with the Portland Timbers then joined Chivas USA in 2013.

He played college soccer at the University of California, Berkeley from 2003 to 2006.

He was born to a Salvadoran Mother and American Father and was raised with 4 siblings.

He played alongside defender Joaquin Velazquez on Chivas USA.

Steve Purdy Is A Member Of